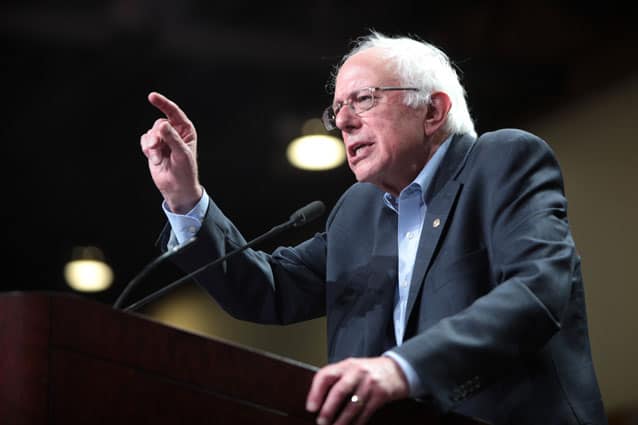 “We’ve got to make Trump a one-term president and we need you in the White House,” Sanders added. “So I will do all that I can to see that that happens, Joe, and I know there is an enormous responsibility right now and it’s imperative that all of us work together to do what has to be done.”

The Vermont independent’s decision to throw his support behind Biden comes five days after Sanders bowed out of the race himself. In 2016, during Sanders’ failed presidential bid against Hillary Clinton, the Vermont senator did not endorse his Democratic rival until mid-July.

On April 8, when the Vermont senator ended his campaign for president, he said he would remain on the ballot in the rest of the primaries and continue to gather delegates going into the Democratic convention.

“While Vice President Biden will be the nominee, we must continue working to assemble as many delegates as possible at the Democratic Convention, where we will be able to exert significant influence over the party platform,” Sanders said.

On Monday, Sanders said his staff has been working with Biden’s staff for the past several weeks creating six task forces to look at “some of the most important issues facing the country” — including the economy, education, climate change, immigration, health care and criminal justice reform.

“It’s no great secret out there, Joe, that you and I have our differences,” Sanders said. “We’re not going to paper them over, that’s real, but I hope that these task forces will come together, utilizing the best minds and people in your campaign and in my campaign to work out real solutions.”

Sanders and Biden have most notably sparred over health care, with the Vermont senator advocating for Medicare for All while the former vice president has argued to add a public option to the Affordable Care Act.

Biden, who in recent weeks has repeatedly thanked and praised Sanders, said he and the Vermont senator “share the same goals” but have had different ideas about how to address the problems.

“On some issues we are going to continue to disagree, respectively, but not in any substantive way,” Biden said. “I believe there is a great opportunity to work together to deploy policy approaches that can take us closer to our shared goals.”

Biden also made a plea to the Vermont independent’s supporters.