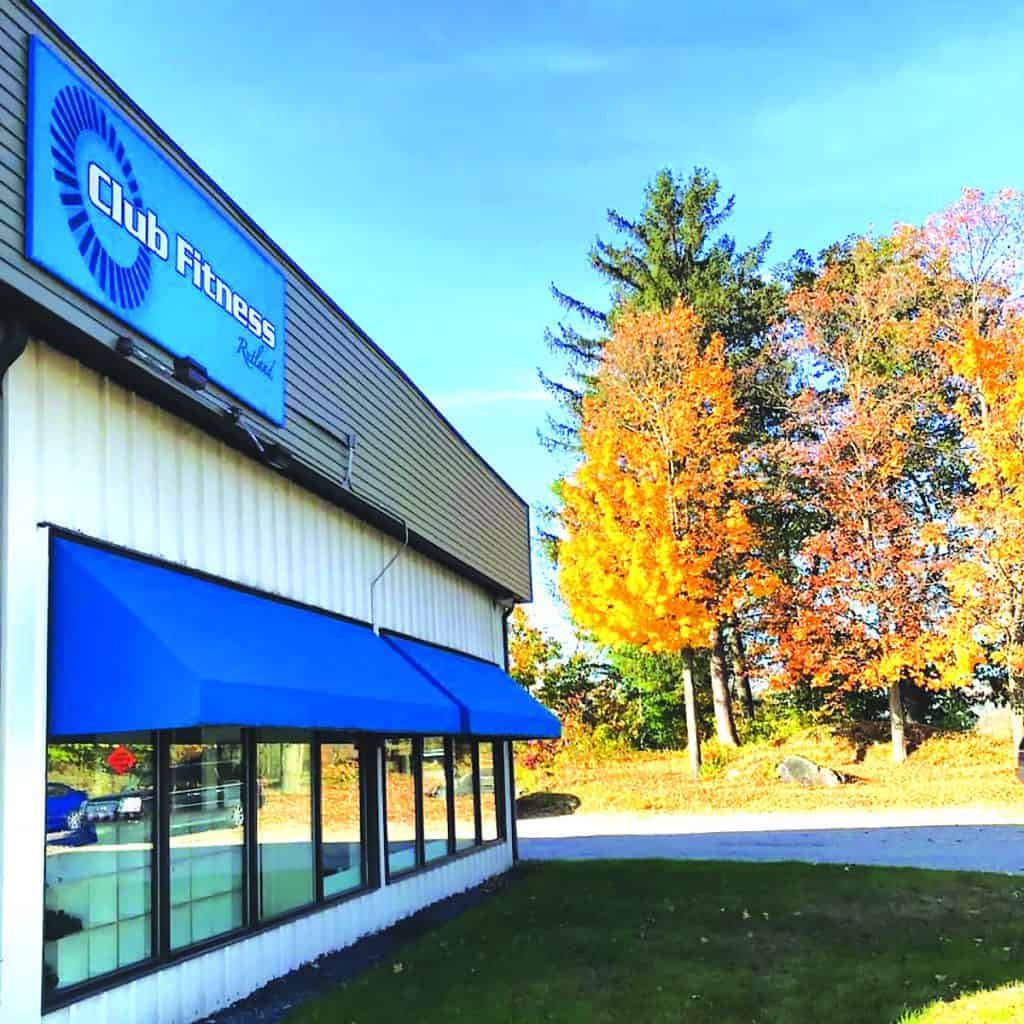 “The state of Vermont alleges that Club Fitness of Vermont and its owner, Sean Manovill, are operating a fitness center in violation of Executive Order 01-20, Addendum 4,” Attorney General TJ Donovan stated in a press release Friday afternoon, May 15. “In seeking the preliminary injunction, the state is asking the Court to shut down the facility, as required under the governor’s executive orders.”

The lawsuit was filed in Rutland Superior Court on May 15 and a judge granted a temporary restraining order later that day.

“Club Fitness of Vermont and Mr. Manovill are now enjoined from conducting any in-person, indoor operations at any fitness center so long as the governor’s order prohibits them from doing so,” it stated.

“I’m disappointed we have to go to court to seek compliance with the governor’s lawful executive order,” said Donovan. “The vast majority of Vermonters have done the right thing. It’s not fair to them or other businesses to let Mr. Manovill openly violate the order.”

But Sean Manovill, owner of Club Fitness in Rutland saw it differently.

“I’m doing this for the health of our community, for Rutland and for other small businesses,” Manovill explained when reached by phone Monday, May 18. “People who do not rely on a gym may not fully understand but this is an important outlet for many. I have some clients that are in a mental health crisis.”

Manovill said he was working well with the state, including Donovan, until Friday.

“He asked me to hold off until the 15th, so I opened the 15th,” Manovill explained. “I tried to email him Friday morning, but I was ghosted,” he said. “The last time I heard from Donovan was when I agreed to close for a week… It was a compromise. He asked me to close a week and wait until things played out and so I did.”

Manovill posted a message on his Facebook page May 8, saying: “After a long few days, the Attorney General and I have come up with a compromise that completes a goal I set out to accomplish. To let health and wellness shine and be of access to those who need it!,” he wrote. “Club Fitness will be unavailable until May 15th.”

“Instead of getting back to my email or calling to possibly come up with a new compromise, he just went to the court and filed a lawsuit,” Manovill said. “I was surprised, quite frankly.”

Then “despite warnings from the Attorney General’s Office, Mr. Manovill re-opened Club Fitness of Vermont on May 15, 2020,” Donovan’s office reported.

Manovill said he doesn’t have legal representation because he wanted to be able to speak directly with Donovan to work out a logical path toward reopening, which they had been doing up until Friday. He said he spoke to Donovan about five or six times throughout the previous week as well as others in the administration, “numerous people numerous times,” he said after listing about four in various departments.

Donovan concurred with Manovill when he spoke to WCAX on Friday, May 8: “I had a good talk with Sean yesterday and a couple times this morning and while we disagree, I can certainly understand where he’s coming from and I respect the fact that he was willing to compromise and close his business for a week and not go to court and just wait,” Donovan said.

Police entered Club Fitness, May 15, and filed a report, which became part of the lawsuit, “an officer observed patrons exercising without masks and not staying six feet from each other. The officer saw no hand sanitizing stations or signage advising customers to wear masks, keep a safe distance, or clean equipment,” Donovan reported.

Manovill said the officer’s observations were inaccurate. Correcting the record, he said, Club Fitness has plenty of hand sanitizer available throughout the gym and patrons have done a good job social distancing.

“There have never been more than six people at my gym at one time and if they’re not social distancing it’s because they’re in the same family or household, like boyfriend and girlfriend or brothers or whatever, but they’re already living together so it’s ok for them to be together here, too.”

Masks are a bit more complicated at gyms, he explained. “I’m nobody’s parent and there are studies that show that masks limit your oxygen intake, so it doesn’t always make sense.”

Manovill said he understands why some people would not want to go to a gym right now, but feels that if gyms and others can follow the state guidance like other businesses that are permitted to open, they should be allowed to as well.

“Not everyone feels comfortable coming to the gym, and I understand and respect that, but I’m comfortable opening and for those people who need it and are comfortable coming in and I want to provide that service… We are providing a way for folks to stay healthy — mentally and physically— and we comply with the 10 person rule, cleanliness, and social distancing better than many others who are allowed to be open,” Manovill said.

Manovill insists that he didn’t open  “as a publicity stunt,” saying:  “If I wanted to I could pack this place and really send a message, but that’s not what I’m trying to do. I want people to recognize that… I’m not doing this for any personal gain. I just know how important this is… I’m doing this for health — for the health of our communities and the health of my clients some of whom are suffering a mental health crisis — they need this outlet!”

“It costs me money to be open,” said Manovill. “We might have 10-15 people tops in our gym per day from 8 a.m.-7 p.m. out of our 600 members… sometimes there’s only three all day. That’s not profitable but I’m doing it anyway, because I know how important this is.”

Manovill opened the doors to his gym on May 1, operated it until May 8, then opened again May 15. He says if the state plans to fine him the $1,000/day for every day he was open it will effectively put him out of business. “With those sorts of fines, plus the legal fees associated, I just won’t make it,” he said, noting that he has started a GoFundMe page to help offset the legal costs.

“I humbly ask for any support, not just monetarily, but for the precedent we will set for free people making decisions about their health and well-being for themselves.  The legal help we need is vast, but for what’s at stake, we are willing!” Manovill wrote on gofundme.com/f/club-fitness-legal-team?

Asked if Club Fitness was currently open, Manovill said: “I have not opened for  business as usual.”

Club Fitness opened in 2016 when Manovill moved back to Vermont to raise his family after living in Florida for 12 years. He currently has a 4-year-old and an almost 2-year-old.

“I’m invested in this community, I came here to provide a better life for my family… I’m invested in health,” he said. “I know teachers who are struggling and need an outlet, these are the people who will be teaching my kids!”

Since the incident began, Manovill said he’s received “so much support” from his clients, community members, other health centers and small businesses reaching out with encouraging messages. “I have spoken to 100 businesses that want to do what I’ve done, so I’m now speaking for them, too… not every small business has the luxury of waiting to reopen, many will close if they have to wait until June 15 when the executive order is over… maybe now it’ll be June 1, which is better, but who knows,” he said.

In addition to the importance of providing a healthful outlet, Manovill also feels that the executive orders are being illogically applied.

“It doesn’t seem logical to me that people are allowed to eat greasy foods at a snack bar and go to the liquor store but they’re not able to exercise to protect their health and wellness,” he said.

The governor’s orders are also not being enforced, he said, pointing to people congregating in the parking lots or out-of-staters with second homes on Lake Bomoseen not self-quarantining for 14 days upon arrival as required— so why is the state picking on one small business to all of a sudden start enforcing the rules? he asked.

“They want to rely on education, but when I try to educate them they don’t want to hear it,” he said.

“Why can Home Depot, Dollar General, Walmart, Village Snack Bar and so many others be open, even if they are less safe and often draw crowds,” he continued, adding that those businesses have not been sued by the state despite also violating orders.

“I’m a logic guy and this doesn’t make sense,” he said.

“It’s also a question of fairness, the order is being inconsistently applied and it’s irrational,” he added.

At Monday’s press conference, May 18, Scott again defended Donovan’s actions, saying: “It’s unfortunate that it came to this. I know that the attorney general has bent over backwards to work with this individual…I know it was difficult for the attorney general to come to this conclusion,” he said, adding, “It’s important for us to maintain parity with all in businesses.”

Scott’s administration reported that there have been a few other businesses in the state that have been found out of compliance, but when contacted they have come back into compliance. This case is an outlier, he said, confirming that  this is the first lawsuit to enforce an  executive order.

“Yes, as a last resort there is this ‘stick’,” Scott said. “But I’d rather deal in carrots.”

“We’re not looking to punish people, we’re looking at getting them to do the right thing,” Scott added.

After hearing this, Manovill said: “Sounds like they’re moving in the right direction.”

While Governor Scott’s Phased Restart Work Safe Guidance does not yet allow indoor gyms to resume operation. On Monday, May 18, during his news conference, he hinted that such announcements could be coming as soon as the end of this week and that he hoped most business would be able to resume in some capacity by June 1, provided they follow state guidance.