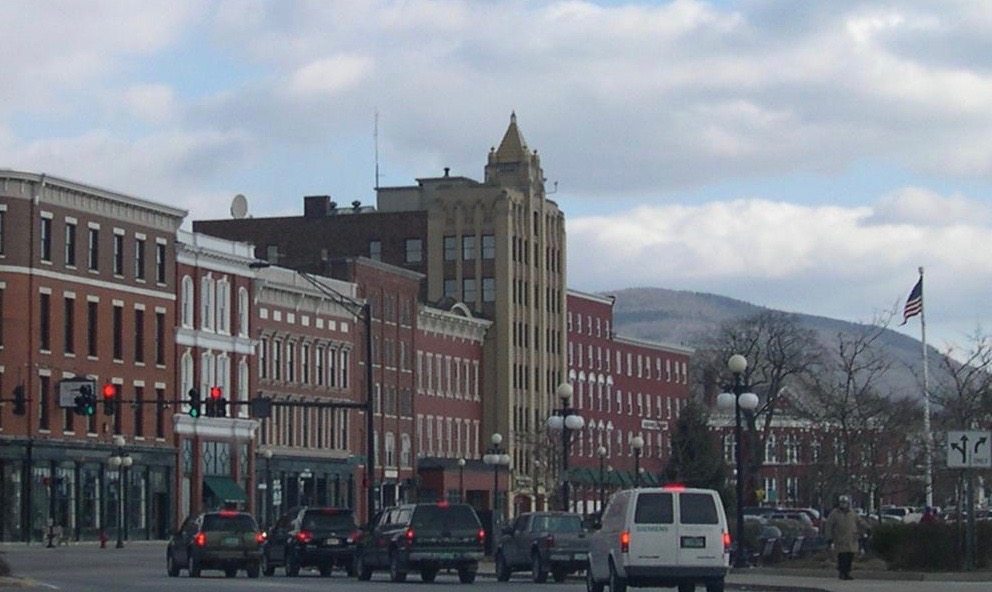 RUTLAND—The city’s fire department faces uncertain leadership after its chief was suspended from work for bullying members of the department and creating a “hostile” work environment.

Rutland City Mayor David Allaire said Fire Chief James Larsen was “intimidating, bullying, condescending and/or belittling” toward other members of the fire department in a letter to the chief.

Larsen’s unpaid suspension ended Sunday, Jan. 19, but he will be on paid administrative leave going forward — a decision that came after a lengthy Board of Aldermen meeting Thursday night.

Board President Sharon Davis said Friday, Jan. 17, that members of the fire department will likely not be able to move forward under the chief’s leadership.

“I think it’s extremely unfortunate,” Davis said of the situation.

“I was surprised and obviously very concerned,” Allaire said in an interview Thursday night. “It seems as though it’s something that’s been going on for a while.”

In the letter, dated Jan. 3, the union members wrote that many firefighters “dread coming to work.”

The letter said firefighters intentionally avoid interactions with the chief. “When the chief walks into the

kitchen, for instance, it is common for firefighters to scramble to other places.”

The union letter said Larsen “lost his composure” and “lashed out” against firefighters multiple times in recent months. On Sept. 6, 2019, according to the letter, Larsen became “irate” when a firefighter parked a utility vehicle in Larsen’s parking space.

“Rather than conveying his concerns or seeking an explanation, Chief Larsen simply stormed out of the building,” the union letter said.

After complaints, the letter said Larsen tried to conduct shift meetings in which he invited firefighters to be “brutally honest” about how they felt, but the chief wasn’t responsive to their concerns about their discomforts approaching him.
“The chief responded to criticisms by blaming firefighters and officers,” the letter said. “For instance, Chief Larsen placed blame on his officers for not completing projects, even though he provided little to no direction on them.”

The letter said an unfair labor practice charge could be filed with the Vermont Labor Relations Board based on the chief’s behavior.

There is a total of 27 firefighters and officers on the department. About 12 people, including some with decades of experience, have left in the past year.

“Several of those members, to our knowledge, left for feeling intimidated, bullied and being belittled,” the letter said.

Micha Haven, who had been on the fire department for 21 years, retired last April after he said the fire chief made fun of him for having a stutter.

“He got really super mad and I got mad and just walked out of his office,” Haven said in a phone interview.

Haven said his shift was called into the chief’s office after a training procedure and the chief didn’t give him time to respond to questions.

“He was disrespectful, condescending,” Haven said. “He was the type of guy if you asked him something … he would always talk down to you.”

Haven returned to work for another two days following the incident, but said he felt “scared” around the chief.

“He ruined our career for many of us,” Haven said. “We didn’t want to leave but just couldn’t work with the man.”

Deputy Fire Chief Jim Miles, who worked for the department for 34 years, retired last January following disputes with the chief.

“He’s by far the most self-centered, egotistical person I’ve met in my life,” Miles said. “He’s a bully.”

Miles retired at age 54, a decade before he said he had planned on retiring.  Miles called Larsen’s one-week suspension a “slap in the face.” Negative workplace culture can impact firefighters’ ability to do their jobs, he said.

Before coming to Rutland in April 2018, Larsen was fire chief of Farmington, Illinois. He served in the role for two years before the city council asked him to resign in November 2017, according to the Pioneer Press. The press reported that no reason was given for his departure, but that sources said he had caused unrest within the department by putting too much pressure on the volunteers.

Larsen is paid about $100,000 a year. He declined to comment about the allegations, directing questions to the mayor’s office.

The union letter was presented to Mayor Allaire while Larsen was on a 1 1/2 week vacation in Illinois visiting his family.

Allaire said he had several discussions with the chief following his return. Allaire wrote a letter to the chief explaining the reason for his suspension.

“I believe your conduct has been unacceptable and cannot continue,” Allaire wrote.

Despite the criticism, Allaire said the fire chief has made “great strides” within the department.

“I also understand the union’s letter represents only the perspective of the union (and in some cases may not be 100% accurate),” Allaire wrote.

Allaire was initially going to let Larsen return to work under a “performance improvement plan,” which would be monitored by the mayor, but that changed following a 4-hour Board of Aldermen meeting Thursday night. The meeting involved three separate executive sessions, including one with members of the fire department and one in private, according to Board of Aldermen President Davis.

Davis said the chief will be on paid administrative leave pending further decisions and settlement negotiations.

Larsen was well-vetted prior to being hired, Davis said, and members of the fire department were supportive when the chief first started.

“Unfortunately it didn’t play out that way,” she said.

This story was first published by VTDigger, Jan. 20.