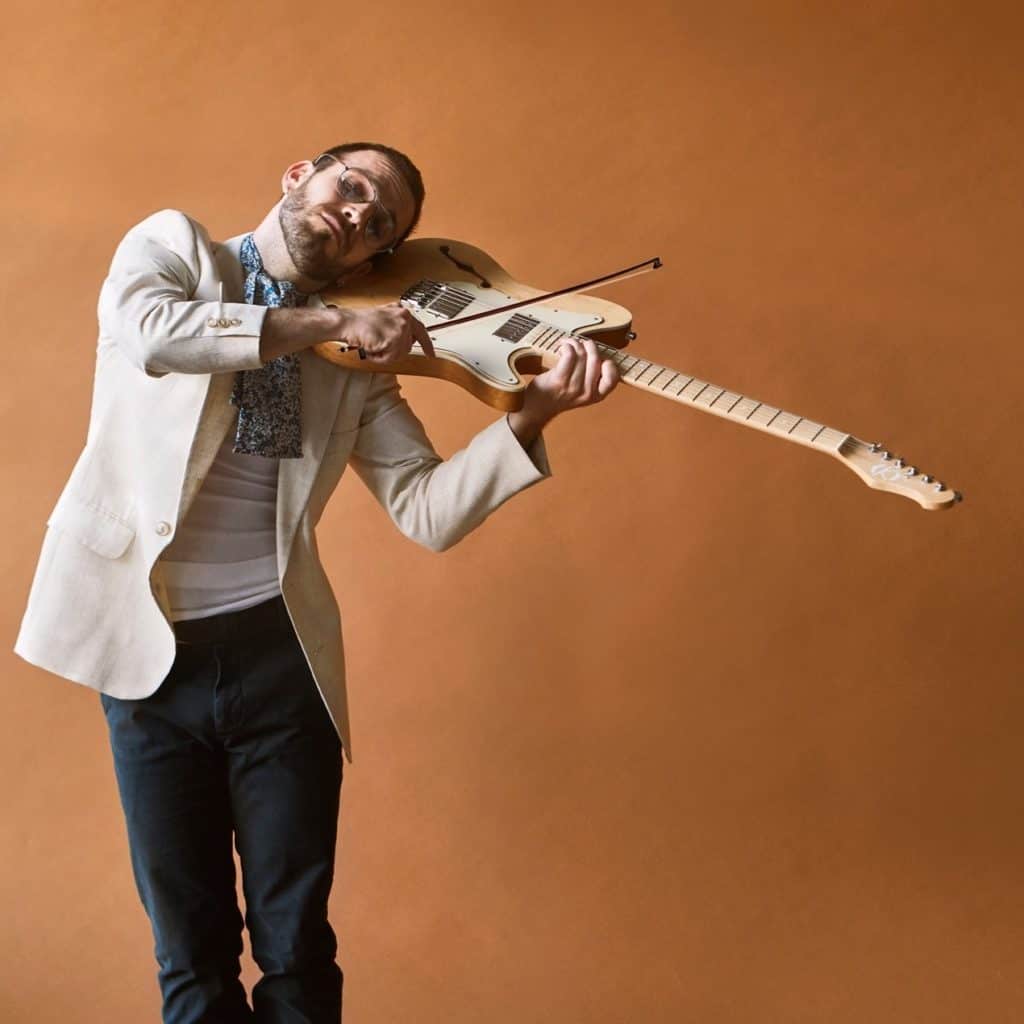 Theo Katzman, the multi-instrumentalist of Vulfpeck, is bringing his band to The Pickle Barrel this Sunday, Feb. 23, at 8 p.m. I had the pleasure of speaking to him to find out what we can expect. He said, “It’s songs that are rooted in the classic rock tradition. That’s what I come from musically and where this music takes its cues from. The band is amazing.”

It’s not funk but funky rock. Rett Madison is opening the show and she has some really sweet, funky covers online from artists like Cat Stevens, Amy Winehouse and Joni Mitchell.

Katzman is the lead guitarist and vocalist and his band has a couple members of Vulfpeck and a couple from Dawes. Joining Katzman from Vulfpeck is Joe Dart on bass. From Dawes, it’s keyboardist Lee Pardini and guitarist Trevor Minear. Rounding out the group is drummer Jordan Rose. He said, “They’re very seasoned, badass, sensitive song players with top quality musicianship.”

Katzman feels very confident it’s a sound investment for the ticket buyer. He added, “It will be one of the best shows of recent attendance at this level of venue. I’m confident of that.” The music will be 0% Vulfpeck and 100% his, he said.

Katzman, 33, has been playing music since high school. He’s been a singer/songwriter way before the Vulfpeck thing. His influences are Led Zeppelin, The Beatles, Billy Joel and The Eagles. His first instrument was the drums. Zeppelin made him fall in love with playing drums.

He went to University of Michigan for music and it was there that he realized playing music is what he wanted to do. He said, “Once I got there and hooked up with some great, community musicians it became pretty clear that I had no choice but to see if I could play for people.”

But he loved attending school there. He said, “It was an amazing thing. Being from the East Coast and going to the Midwest was like an exotic, untapped sort of new thing for me. It was wonderful. Luckily I met some of the greatest friends and collaborators of my life. My entire career all stems from there.” His first album came out in 2011. Since then he’s produced three studio albums and one live album. He said, “I’m a total indie artist so it took a while for things to get heard about.” His latest album, “Modern Johnny Sings: Songs in The Age of Vibe,” just came out in January and this tour is in support of that.

Vulfpeck is an indie group with a huge cult following. They started at the University of Michigan in 2011. I asked Katzman how it took off and he wasn’t sure. He said, “It was kind of a phenomenon. We just sort of got together on a whim for a buddy’s senior thesis project to record a band on tape for his recording arts degree. We were just a couple of homies. Our buddy Jack [Stratton] brought in a couple of tunes that we played while a buddy filmed it. We put it on YouTube and it went viral so we decided to do it again. We thought we would not be a band but just make YouTube videos. A bunch of them went viral and we started getting offers to play. It really came out of left field for me. I set out to be a singer/songwriter and that’s what I’ll do for the rest of my life but this has been an amazing opportunity to play drums, sing and play guitar and play with my best friends while touring across the world as Vulf. It’s been a pretty cool thing.”

Last September, Vulfpeck sold out Madison Square Garden, which is astonishing for an indie group such as themselves.

Katzman said, “It’s amazing. I grew up in New York and would go to the Garden all the time. It was pretty cool to have been able to sing in that room. I don’t know how many independent bands with no manager and no label have sold out the Garden. We may be the only one. It’s definitely a short list. I’d be surprised if it’s more than one.”

He’s never been to Vermont so he’s really looking forward to this show. On this tour, they’ve been selling out shows in New York, LA and Chicago. He said they’re really great rooms that are quite big. He added, “It’s awesome. I’m just trying to play where there are fans.” He loves people and added, “That’s why I play music and music is one of the best ways to connect with people. It’s an amazing thrill when an audience is open and ready to go on a journey and the artist and band are ready to take them on one. Together you can make an incredibly human moment. That’s my favorite.”

Please help a local family find their beloved dog, Roux. He's a white/cream-colored 120-pound Great Pyrenees mix wearing a bright orange reflective vest. He ran into the woods after a fox and didn't stop running. His tracks were last seen around 11 p.m. on Wednesday, April 21 on the western border of the CC state forest in Reading, just south of Bridgewater, so he may be headed to the Plymouth area. He's hesitant around strangers but loves other dogs. If you see him, please try to grab his leash; it's 32' long and bright orange. The long leash may have gotten wrapped around a tree or otherwise tangled, so he may be stuck somewhere. Please share this with anyone who lives/works/recreates in the area who can keep an eye out for our big fluffy boy. Sightings can be reported to 802-672-1755 or [email protected] ... See MoreSee Less