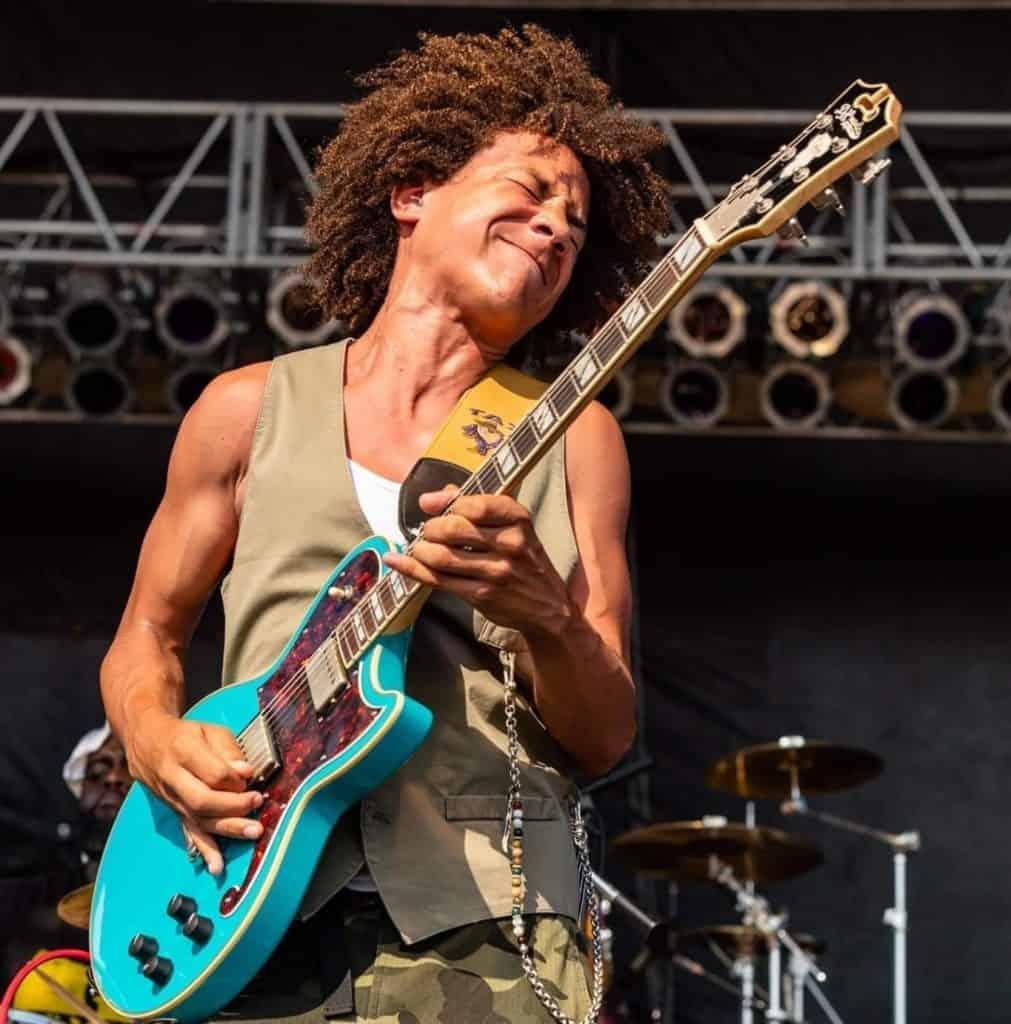 An extra present is waiting for you at the Pickle Barrel Nightclub Thursday, Dec. 26, at 8 p.m. It’s an all-star lineup concert with The Joey Leone Trio and Brandon “Taz” Niederaurer with Beau Sasser and special guest Higher Education.

It’s going to be a sick show.

I’ve never seen Taz live but I’ve seen YouTube videos and he’s amazing. I had the pleasure of talking to him to find out more.

Taz is only 16 years old and besides being a rock star, he goes to high school and maintains an A average. He grew up in Long Island and started playing guitar when he was 8 years old. Both his parents played music around the house with a lot of guitar and Taz knew he had to pick it up.

He said, “I love all that Allman Brothers music. I fell in love with it.”

He grew up skiing in Killington since age 3 and there were many long road trips here. On one, his Dad played the School of Rock DVD in their van. Taz said, “That’s something I can do. I can learn how to play guitar.” His Dad bought him a guitar the next Christmas and he said it’s been uphill ever since. He added, “I love every single minute of it.”

(And he’d later go on to star in the School of Rock on Broadway! More on that later.)

On another ski trip, they were eating in a base lodge and saw Joey Leone rocking out on stage. They formed an instant bond.

Taz said, “I always loved coming to watch Joey play. One time he invited me to sit in on one of his night shows and ever since we’ve been playing gigs together. He’s taken me under his wing, learning music styles. He knows every style there is. He’s super good. We’ve exchanged guitars, amps and all that good stuff. He’s like a cool uncle to me. He’s just that guy and I love seeing him. My whole family loves seeing him. We usually go up around this time so I’m really looking forward to coming up and seeing the whole crew at the Pickle Barrel.”

Taz was 10 when he first met Joey. He’s played at the Foundry for the past three years or so and now the Pickle Barrel, which he’s excited about since they’re stepping it up a bit.

His first professional gig was at age 9. He played with a School of Rock type program, Rock N Roll University In Hauppauge, New York. He’s only had his own band for the last three years but said, “I’ve been playing with so many other people for so long. Well in my life it’s been so long but maybe not in the grand scheme of things. In a ratio to how long I’ve been living, it’s been long.”

He was in the pit band for a play at his school and the band leader who has taught on Broadway said he should try out for the School of Rock. He said, “I did and somehow they liked me enough, playing wise, to hire me after four really long auditions. I’m so grateful that happened. They taught me how to act, dance and sing. They threw me right on stage with 14 other kids. The rest is history. It was a lot of fun but it was a real job. I worked 12 hour days for 6 days a week but I’m so thankful. It made me mature and be responsible. I’ll take these things with me for the rest of my life.”

He did School of Rock for three years, performing Off-Broadway at the Gramercy Theatre first and then over two years on Broadway.

A promoter in Canada wanted to see him play with older people, not kids, so three years ago his band was formed. Taz said, “I gathered the best guys I knew. It was so much fun we decided to book another show and then a bunch of shows piled in. A booking agent found us and it’s just been exponential growth since.”

The majority of the music they play is either written or co-written by him. He added, “It’s a lot of fun to play my original music. Thankfully there’s people who want to pay to see me, which is mind-boggling and cool at the same time.” He said there’s so many different things that inspire him to write a song. “It could come from feelings that are happy, sad, joyful or angry.”

He said, “There’s something about playing live music for others to hear that you can’t replicate. It’s an escape for me both from school (because SAT’s are right now) and anything else in the world. That’s both for us and the audience. It’s a way to channel out all the bad things that are going on. That feeling is addicting. The music just takes over for 90 minutes. It’s an escape that I’ll use for the rest of my life. It’s been a hell of a ride and will be harder to get to the next stages of my career but I’m ready for it.”