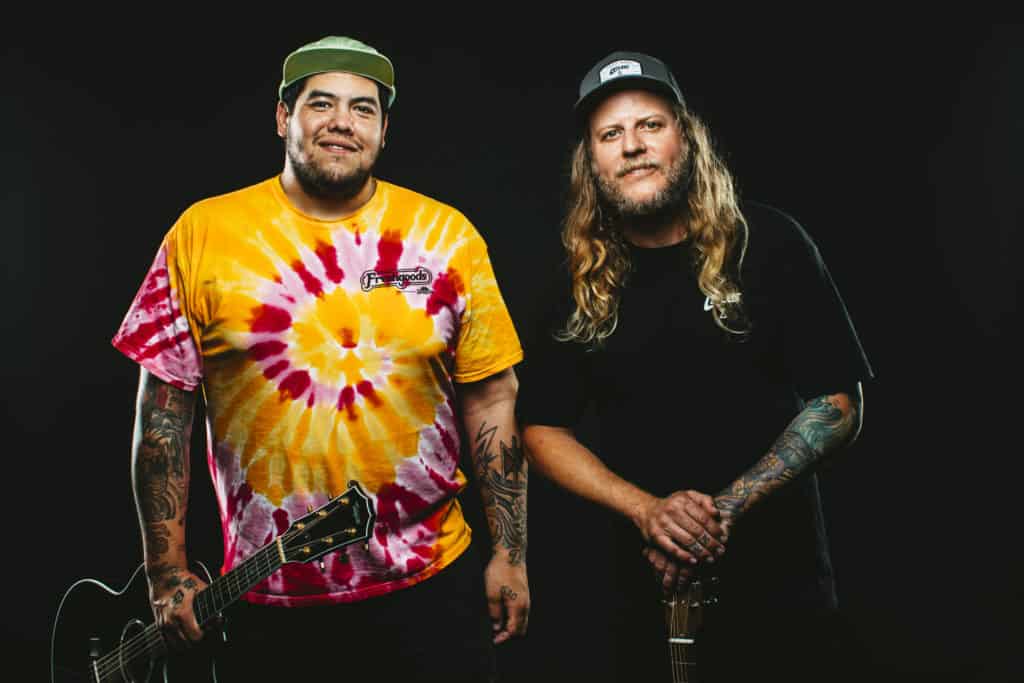 My most anticipated show of the season is almost here. Mark your calendars for Sunday, March 15, at 8 p.m. when Rome and Duddy will perform at The Pickle Barrel in Killington.

Rome (31) is from Sublime and Duddy (38) is from the Dirty Heads. They’ll each do an acoustic set and then play a set together. It’s called the “Friends and Family Tour.” They’re bringing their buddy Micah Brown from Iration. I had the pleasure of speaking with Rome. He said of Brown, “He’s a super talented musician. We like to keep the seat interchangeable, anytime we’re in town with any of our buddies from other bands who want to sit in. We’re all about it, keeping it really communal and fun.”

Rome described this show by saying, “It definitely feels like backyard campfire. That’s the whole point of the entire idea of this project, to give it an intimate vibe. We want to get people into the story telling vibe.”

They’ll be playing a lot of the songs they’re known for and some new ones they’ve been working on. He added, “Kind of tell the story how we’ve both come up over the past 10-15 years.”

Rome and Duddy met at a recording studio in Costa Mesa, California. Rome was recording with a producer and the Dirty Heads used to rehearse there. Rome said, “We just got to know each other, super organically. We became friends and smoke buddies. The Dirty Heads were doing their thing, touring a bit more. We got together and decided to write a song.”

That song is “Lay Me Down,” the 2008 hit single by the Dirty Heads featuring Rome. The single reached number one on the Billboard Alternative Songs chart and nine weeks later it established a record as the song with the longest stint atop the chart for an independently released title, surpassing the previous mark set in 1999 by Everlast’s “What It’s Like.” It also earned a gold record RIAA certification.

Rome said, “The song kind of took off and God Bless the guys for taking me under their wing. This was before Sublime. It was really great timing. They toured me around the country in their van. It was really cool. We all kind of went through this thing at the same time together. A lot of times this journey can happen so fast and a lot of times you may not be with your friends and family but in this case, I was really glad it happened with my friends.”

Rome just found the original demo in his inbox the other day.

In that same studio where he met the Dirty Heads, he also met Eric Wilson who was the bassist in Sublime. Rome’s engineer was good friends with Wilson. Rome said, “Eric would slide through the studio rather randomly. I mean super randomly, like at three in the morning. I was basically living at the studio at this point cause I was homeless. I got to know Eric really organically. We just became friends and jam buddies. I was playing guitar ironically because of him and Sublime. He had already made it and here I was jammin’ with him.” Sublime with Rome formed shortly thereafter and has released three albums since.

Rome’s Uncle turned him onto Sublime. Rome said, “He had seen Sublime a couple of times and he just must have known my tastes. He told me to check out their CD because I would really like it. I’m really glad he did. That was the band. They turned me from a listener into a player.”

Some favorite Sublime songs of Rome’s are: “Under My Voodoo,” “Perfect World”and “Ball and Chain,” which he said he was really young when they played that one.

Three weeks ago, Rome and Duddy released a cover of Van Morrison’s “And It Stoned Me.” I asked how that came to be and Rome said, “Honestly that’s just the perfect representation of what we’re trying to do. That sound and that song embodied what we’re aiming for, sonic wise. When we got in the studio and started jammin’ on that, it was really apparent we should do like ten of these things. It felt really real. We have a lot of fun playing that kind of music when we’re drunk and stoned. That’s the kind of song we’ll jam on the acoustic guitars anywhere. It made sense. This isn’t for money, this isn’t for fame or notoriety, this is just Duddy and I having fun. We said let’s put out a cover of that, who cares?”

They’re both super stoked about this release and hope you love it as well. If you do, like me, they hope you’ll add it to your Spotify playlist and share it with your friends.

Rome said he and Duddy have been playing together so long that it’s really comfortable. He added, “It’s very familiar. It can be kind of weird going on tour with people you don’t really know and having to share a bus with them but when it’s like one of your brothers, you almost have to not have so much fun. I know that sounds funny but at times we have to be responsible.”

Rome loves the ability to do something refreshing every night and hopefully inspire people every night. He said, “Honestly that’s the coolest part. Every night is different and you feed off the people. It never gets old.”