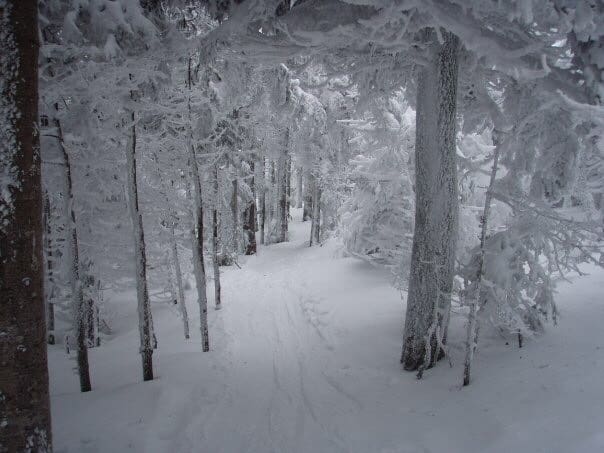 Some trails just seem to possess a surreal quantity, taking you away to another world completely. Just like stepping through a magical wardrobe, these trails become worlds of their own, places that can cleanse your soul and remind you who you truly are. Like a siren, these trails call to you, luring you in and changing your entire world. A trail like that can make an old person and make them young again. Trails where the memories are so thick, the linear time line becomes a knotted ball. For each of us this trail is different, but for those of us who grew up skiing on straight skis at Killington in the 1980s, that trail will forever be Echo Woods.

The laughter of children would echo through the woods and a stranger riding the old South Ridge Triple might wonder at the source of all the commotion. Sure enough, there would be a playful scream as someone crashed into a bush while the next skier in line was thrown out of the track by a low hanging tree branch. A third would have lost their little ski in the snow and was trying to dig it out while avoiding getting skied over. A five-child pile up was a common sight. One would ski hard around a corner only to be the latest victim in a giggling tangle of arms, legs, skis and poles. It was absolute chaotic awesomeness. 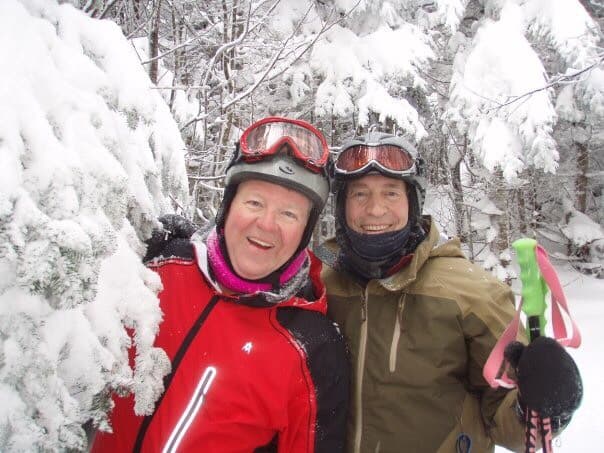 While skiing with my dad a few years ago, we bumped into a ski buddy from my childhood and her father. The dads were reminiscing about days gone by, wishing they had their little girls again. We laughed, pointing out that each man had snippets of pink in their equipment: gear that we had “outgrown” but they had repurposed. As our meet-and-greet ended, one of the dads turned to us now grown women and asked where it was we wanted to ski. It only took a second for Mira and me to make eye contact. Our smiles just grew and grew because we didn’t have to say a word. We knew exactly where we wanted to go.

Oh my goodness, had those trees grown up in the 30 years since we had last skied these woods! The now non-existent entrance had grown so thick that we had to squish through pine trees and ended up looking like trees ourselves. Our big grown up bodies barely fit under the snow laden tree limbs and we had to duck so low that we were almost bent in half. We struggled to manipulate the tight path that was now so overgrown in some spots you couldn’t go any faster than a walk. The four of us spent almost half the afternoon breaking branches and pushing aside trees as we worked our way down a route that only came from memory. 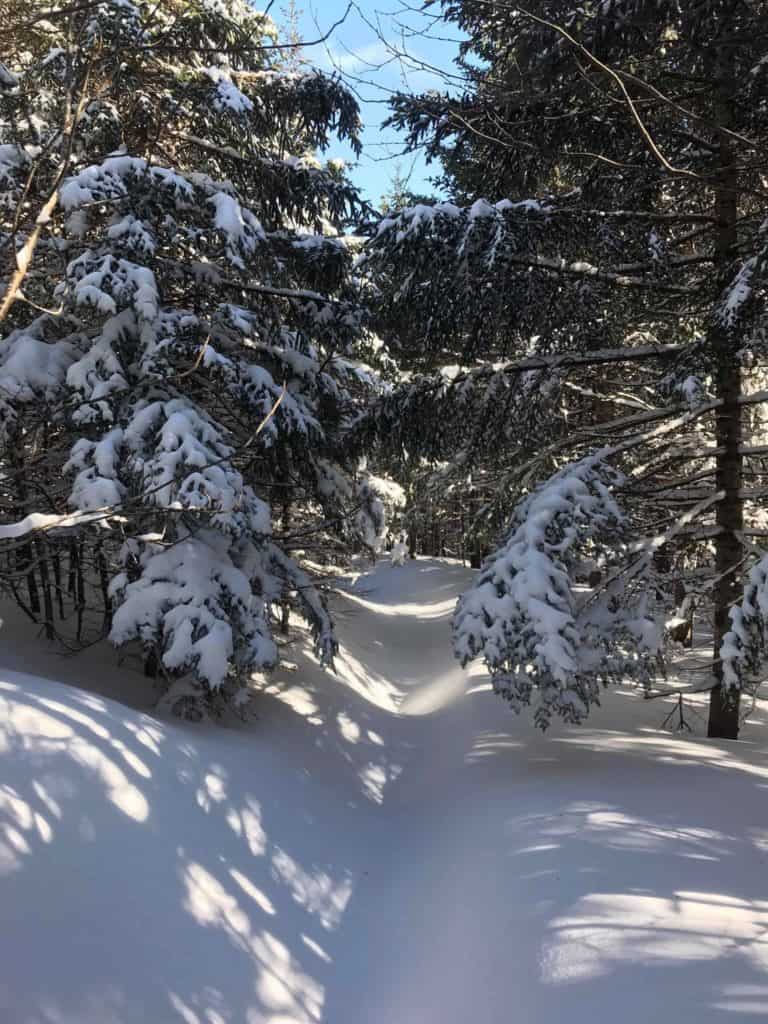 We had entered Echo Woods as adults and somehow, deep in those overgrown trees, we had become our 10-year-old selves again.