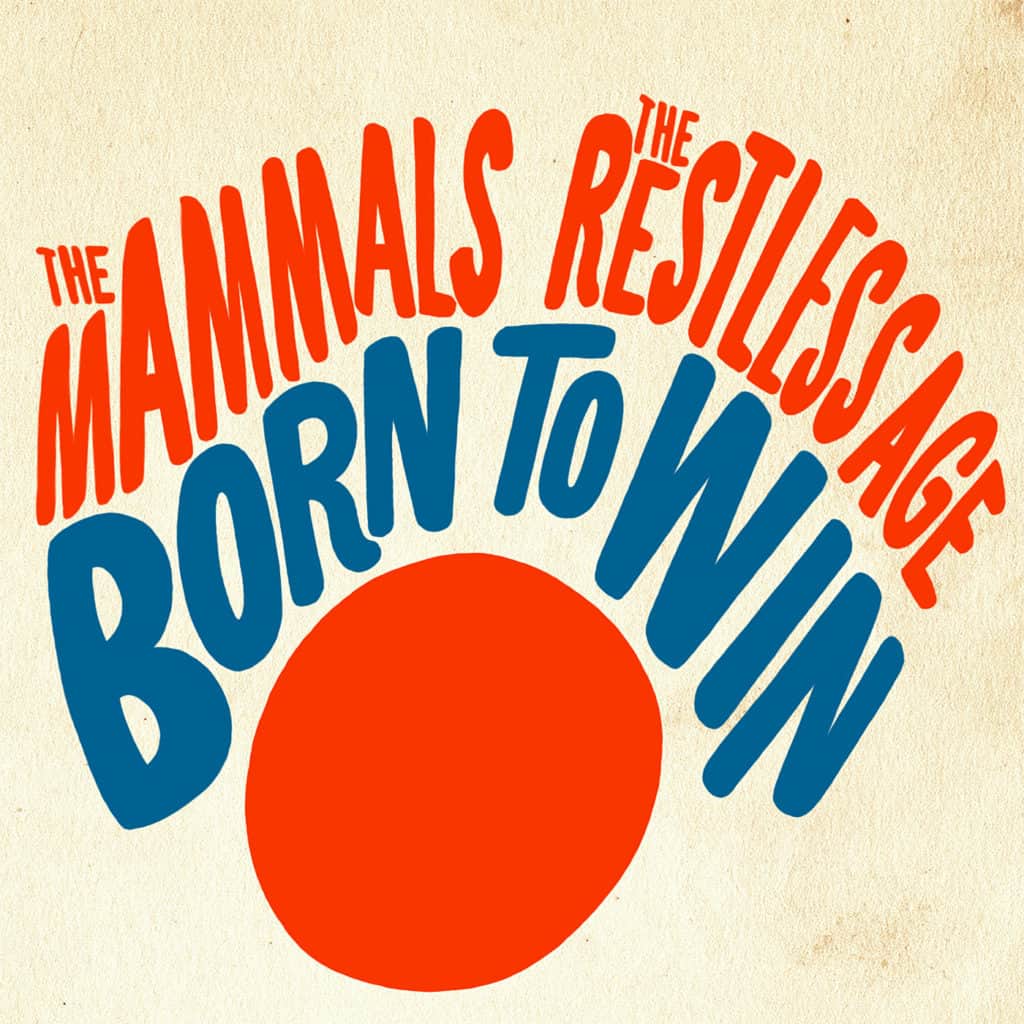 On a chilly September 2020 evening in a backyard in West Shokan, New York six musicians took the stage, a low plywood platform in the grass, and cut into an exuberant rock-tinged folk song that lifted the attending quarantine-weary locals from their folding chairs in grateful and gleeful whoops.

Wielding organ, fiddle, guitar, bass, and double drums, these were members of two Hudson Valley bands, The Restless Age and The Mammals, who have been collaborating and steadily producing music throughout this unusual year.

The song was Woody Guthrie’s heretofore unrecorded “Born To Win” which the bands will release in three unique versions on Oct. 1, to benefit Progressive candidates in the lead up to the November 2020 election.

The Restless Age is a power trio becoming known for their romantic, harmony-driven, rock songs. Veteran folk-Americana band The Mammals is fronted by Ruth Ungar and Mike Merenda “with songwriting firmly rooted in the hand-me-down folk music of politics, community and rural splendor” according to American Songwriter. Their May 2020 release, “Nonet,” artfully navigates social justice and sustainability themes and features a stunning nine-piece ensemble that includes all three members of The Restless Age. Nodepression.com praised the release, saying “Nonet marshals the defiant spirit needed to heal a damaged world.”

“Born to Win” is a magnetic combination of Guthrie’s lyrics, penned as a merchant marine en route to France during WWII with music composed by Merenda, who uncovered the words in Guthrie’s book “Born to Win,” a collection of journals, stories and recollections published in 1965, shortly before the iconic folksinger’s death.

“The maddest I’ve been in my whole life was when I rode on a troopship with more than three thousand men headed for France and we got about half way out on the ocean and a big storm come up. The ship rocked and rolled and made a lot of us sick. We hadn’t been across before. We turned on our radio and a song blubbered out over the loudspeaker, ‘Born to Lose!’ Ain’t that some hell of a damned song for the United States Army to have poked down its throat on its way into a battle? I couldn’t rest easy till I run and grabbed my pencil and wrote this one down. ‘Born to Win.’” – Woody Guthrie.

The Mammals’ purposefully retro recording was cut direct to vinyl in Jack White’s recording booth at Third Man Records in Nashville, Tennessee during a tour stop in 2017 and features a guest harmony vocal by Woody’s granddaughter, Sarah Lee Guthrie.

The Restless Age recording is produced with a more contemporary sound in their sonically grand church-turned-studio, The Building in Marlboro, New York.

Both versions will be released via Bandcamp on Oct. 1. Proceeds generated will be donated to Progressive candidates that the bands admire for defending the rights of immigrant and Indigenous communities, working toward sustainability, and supporting culture and the arts. As Woody once so eloquently said, “Left wing, right wing, chicken wing — it’s the same thing to me. I sing my songs wherever I can sing ‘em. I ain’t a Communist necessarily, but I been in the red all my life.”