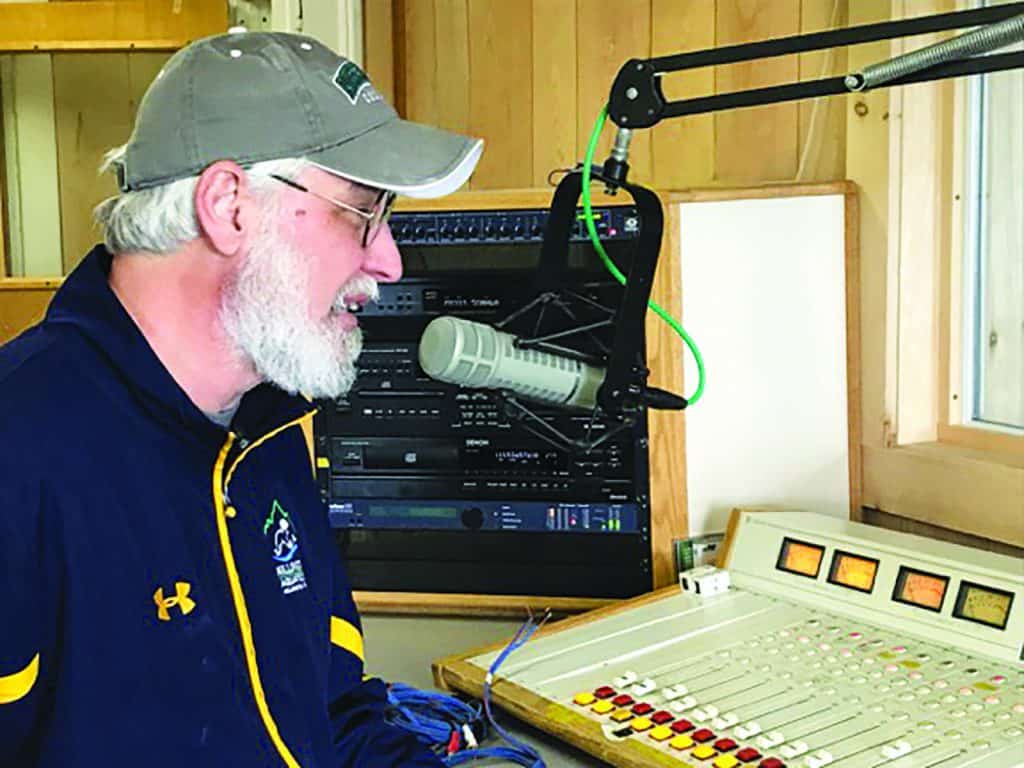 RUTLAND—There are lots of energetic and creative people in our region. Many were born here and many were attracted here for the beauty, the people, and the way of life. Many more would love to be here if they had a suitable vocation.

Dave Tibbs came to Rutland about 14 years ago, met his wife, and through his work as an on-air radio personality quickly became a part of the fabric and soul of greater Rutland area. There is no mistaking his voice or his eclectic mix of music, which is never boring.

Tibbs’s radio life began as a kid when he used every electronic device he could find around him to hear radio talk and tunes. Later, he attended the University of Alabama doing the morning show, and writing editorials for the campus newspaper. He was fortunate to grow up in the early college-rock scene that flourished in the 80s.

Among his accomplishments, it’s now 29 years since Dave Tibbs began a Grateful Dead syndicated radio show called “Dead Air with Uncle Dave.” He continues to deliver the show each week to several stations around the country and he airs it each Saturday night from 8 p.m. to midnight on his own WEXP 101.5 FM. The station, broadcasting from Grandpa’s Knob in Castleton, has a strong signal in the region.

For most of his early life in Rutland Tibbs was a popular radio personality with the Catamount Radio group. Due to a reorganization of the company a few years ago much of the live, local content was reduced and Tibbs and others found themselves displaced.

Then, more recently Tibbs purchased WEXP which had previously rebroadcast Waterbury programming by WCVT. The prior owner, Ken Squire, opted to eliminate the Rutland operation and WEXP is now operated by Tibbs as an independent, non-commercial community station, with its own 501(c)(3).

Dave Tibbs has great plans. The station will soon add live local news, weather, events, public service announcements and remote broadcasting. In addition, WEXP has begun an Intern Program for high school seniors at RHS and Stafford Tech. In time, they too will be on the air.

“Uncle Dave” has set up shop in the under-construction “white building” in the Vermont Farmers Food Center complex, home of the Winter Farmer’s Market, on West Street in Rutland. He worked with Farmer’s Market Board President Greg Cox and reached a mutually beneficial arrangement. Tibbs is appreciative of the support from, and the community spirit of, the farmers’ organization.

Tibbs will have a remote studio in Killington in the former space occupied years ago by “Jungle Jane” and Radio WEBK. The building now houses Night Spot Pizza owned by Sal Salmeri, who also owns Moguls on the Killington Road.

“Uncle Dave” said “I will always love radio. Radio is a vehicle for myself and others to find a voice. To express our love for music and to share it with others.”  He added, “through Community Radio WEXP and the support of relationships with local organizations we hope to entertain the region, as well as to be a catalyst to boost the enthusiasm in Rutland to revitalize itself and to grow.”

As a not-for-profit Tibbs needs to find support among donors and underwriters in order to cover the significant costs. Several donors have come forward but many more, large and small, are needed. With construction and technical start-up currently his No. 1 priority he has not yet begun a formal fundraising campaign, but if you want to help WEXP, email [email protected]