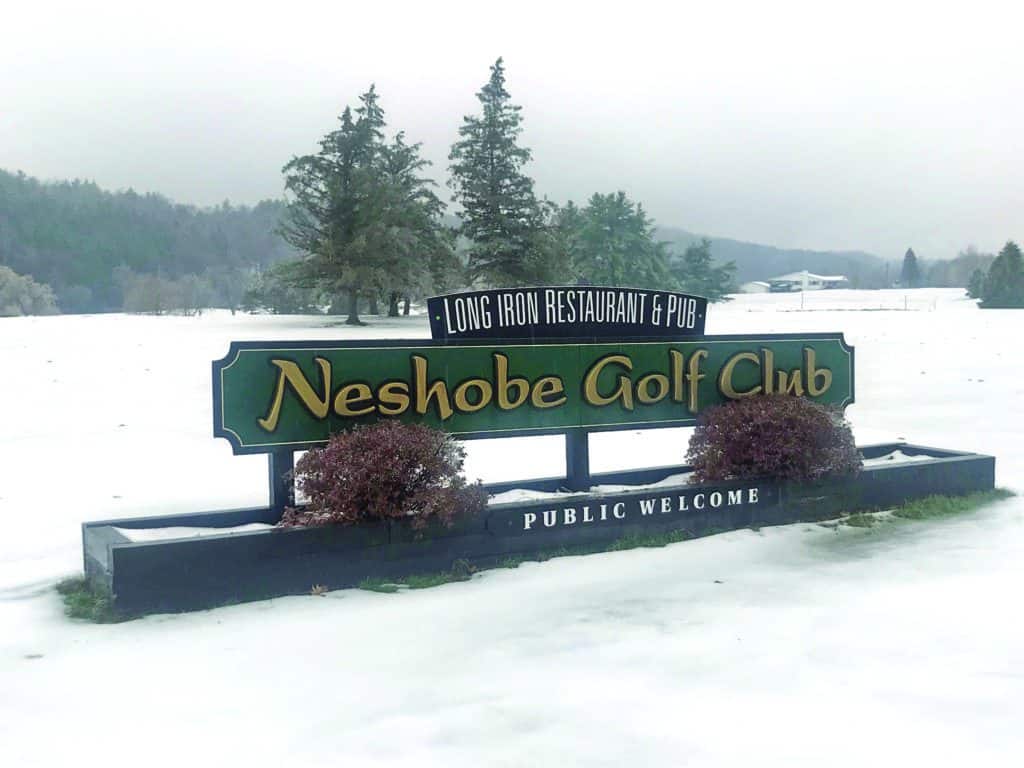 An appeal for pledges from members to keep the Neshobe Golf Club alive in the face of foreclosure has failed.

Neshobe Golf Club Board Chair Jeff Wallin said Tuesday morning that the club was only able to raise about half of the $575,000 necessary to eliminate the debt and prevent foreclosure by the National Bank of Middlebury.

The board held a meeting Monday night, Nov. 18, to count pledges. It will now pursue finding a buyer for the club.

“We did not reach our goal on pledges,” Wallin said. “We’re moving ahead with finding a buyer. Some interest has been shown – one local group is pretty serious, so hopefully we can pull that off.”

An attempt to save the club

The appeal letter went out to members earlier this month asking for $4,000 per member to eliminate the club’s long-term debt before Dec. 31.

The debt is a combination of a long-term mortgage and a line of credit, Wallin said.

Neshobe Board Chair Jeff Wallin said he believes the National Bank of Middlebury is unfairly accelerating the foreclosure process.

“My greatest concern is that the National Bank of Middlebury seems more intent on maximizing their dollar return than working with us to ensure that Neshobe remains a golf course while still recouping their money,” Wallin said.

The club originally had a mutual agreement with the bank for a redemption period until Feb. 1, 2020, to raise the money necessary to pay off the loan, or find a buyer or a group interested in buying the mortgage. Wallin said that on Oct. 28, the bank moved the date up to Jan.15, 2020, then two weeks ago bumped the date again to Dec. 31.

“We have been making progress on finding a buyer but it seems to me that the bank is intent on thwarting that effort by closing the window we have to put a deal together,” he said.

The National Bank of Middlebury did not reply to a request for comment.

But Neshobe’s inability to attract new members are part of a larger, national  problem. Golf as a sport is in decline. Playing the links has become less popular nationwide over the last few years. According to a National Golf Foundation 2019 report, golf course closures have outweighed new course openings nationwide since 2006.

But what has contributed to the demise of these courses is a building boom that began in the late 1980s and saw 4,000 golf courses built over a 20-year period.

Then, in case of really bad timing, the number of golfers and rounds played began to decline in the 2000s. Across the U.S., 10% of those courses have closed since 2006. While the National Golf Foundation maintains that the market is merely correcting itself, Wallin said that nationwide trend is trickling down to the Neshobe Golf Club.

“Golf is experiencing a downward trend and Vermont is not immune,” he said. “The younger generation does not seem interested in taking up the sport.”

Wallin also said the club’s location and the local population base are affecting its ability to attract members.

“People are not willing to drive the extra 15 miles to play Neshobe,” he said. “Larger populations to the North and South enjoy golf courses in their own towns. All too frequently we hear, ‘I wish I lived closer because Neshobe is the best course in the region.’”

In a push to save itself and improve the club, the board hired Matt Wilson earlier this year as the new general manager.

“He has done a great job in lining up corporate tournaments and expanding our restaurant, as well as taking golf to the Neshobe School physical education department. Our biggest downfall has been a lack of aggressive marketing, which we had hoped Matt could get into this winter, but that doesn’t seem likely now.”

One positive note is that the Segment 6 reconstruction project in downtown Brandon had no effect on the club’s financial issues, Wallin said, noting that the club is accessible from north and south without going through downtown.

“If Segment 6 has an influence, we were looking at it as a very positive one,” Wallin said. Brandon is on the cusp of a renaissance that could only help the golf course. We feel that Neshobe is an integral part of the town providing recreational value to residents and visitors alike and Segment 6 is only going to draw more visitors.”

It takes a village

In fact, the town of Brandon sent a letter to the National Bank of Middlebury on Nov. 12 in support of the club:

“The Town of Brandon is well aware of the financial difficulties presently plaguing Neshobe Golf Club, Inc. The Town also understands the right of the National Bank of Middlebury to protect its shareholders and to recover its investment in Neshobe. That said, it is in the Town’s best interest to strongly urge the bank to work cooperatively with Neshobe to obtain your goal without sacrificing the existence of the golf course.

“Significant infrastructure improvements have contributed to the ongoing revitalization of Brandon are already yielding positive results despite the active phase of construction that dominated our town for the last five years. Our golf course plays a critical role in the continued growth of our quality of life/destination based economic development.  “Alongside the new businesses and people that have relocated to Brandon, Neshobe has been and should continue to serve as a perfect complement to the town’s vibrant lodging and culinary establishments. In addition to the obvious economic impacts, Neshobe serves as an engaged community partner, working closely with our town recreation department organizing numerous outdoor functions for townspeople year-round. Neshobe also engages with our elementary school’s physical education department and sponsors the Otter Valley High School golf team while also opening its doors to surrounding schools and college for early spring play.

“We are aware of ongoing efforts to solicit new owner/operators of the golf course. The town simply encourages the Bank to strive to enlist strategies that ensure retention of the golf course as its loss to the town of Brandon would be devastating. We ask that you please work cooperatively to find this win/win solution so as not to leave a large void in the town of Brandon.”

Wallin said as much as the board appreciates the town’s letter of support, he doesn’t know if it will matter.

“I don’t know that it has had any influence on [the bank’s] course of action,” he said. “The track that National Bank of Middlebury appears to be on shows little empathy for retaining golf at Neshobe. I hope I am wrong.”