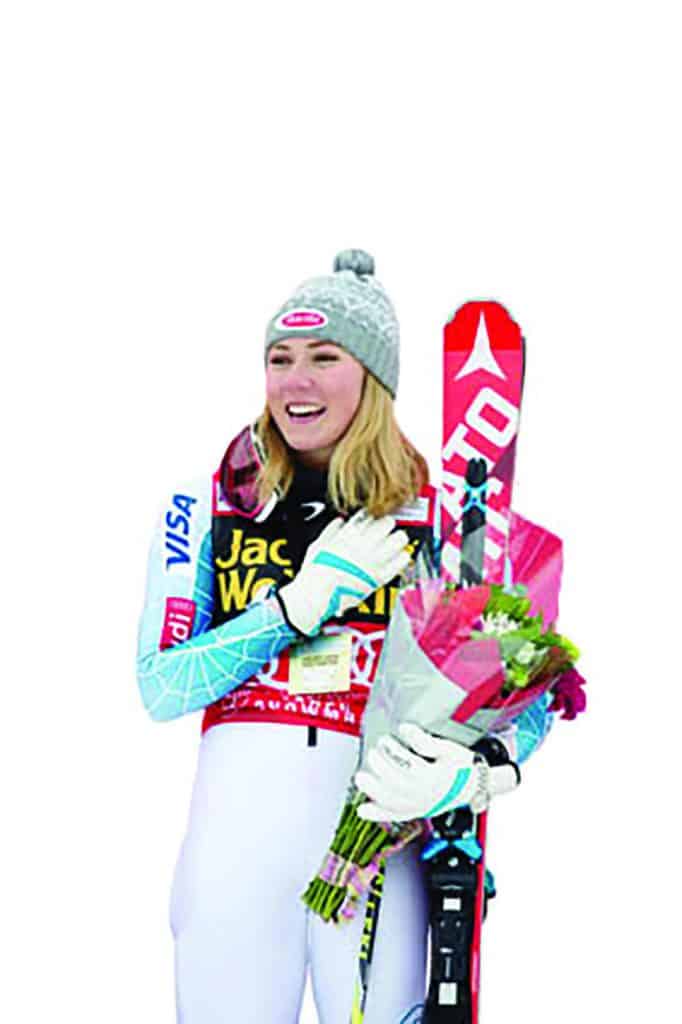 Record breaking skier Mikaela Shiffrin has broken another record ahead of the Killington World Cup races.

Shiffrin, who grew up in Colorado and attended Burke Mountain Academy in Vermont, won a World Cup slalom race in Finland Nov. 23, taking her 41st Slalom title and breaking the record held by Ingemar Stenmark of Sweden.

Shiffrin won a reindeer following the race and named it Ingemar.

“I have this record to my name—a milestone that I never in my wildest dreams though I would achieve when I was younger—but all I could think was, Ingemar was better. I don’t see it as ‘breaking his record,’ I am just continuing it,” Shiffrin said after the race on Twitter.

Shiffrin is set to compete in the Giant Slalom and Slalom World Cup races in Killington Nov. 30 and Dec. 1, respectively.

While Shiffrin is most decorated for her Slalom accomplishments, she was also the overall winner of the Giant Slalom last season (in addition to the being the overall Champion).

This season, she took second in the only Giant Slalom race of the season thus far.

But Shiffrin has never won the Giant Slalom race at Killington. She placed second in 2017, her only time podiuming at the home town race in Giant Slalom (see page 61 for full results from past year’s Killington Cups).

Could this be the year Shiffrin sees a double win at Killington? Maybe!