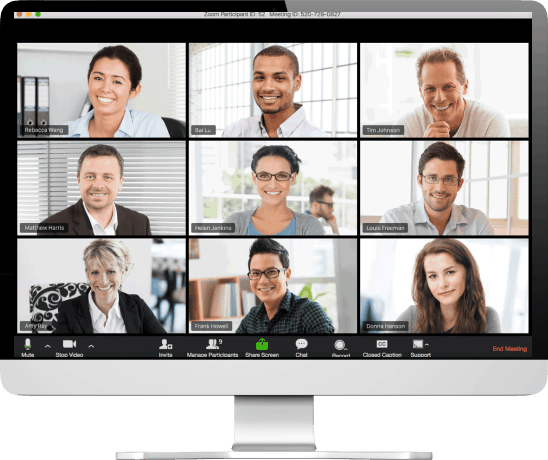 Municipal and School Boards are adapting to social distancing regulations that are evolving at a steady rate.

H.681 eliminates requirement that public meetings be in a physical location. Instead, official bodies may execute meetings “remotely” using technologies, telephones and video recordings to give Vermont residents access to their proceedings.

The Windsor Central Unified School District Board held its first remote meeting on March 23 using Zoom, a system allowing board members and public to interface from individual locations, centrally moderated at the Administration offices. Five attendees actually met in the conference room, and approximately 40 people, including board members, appeared as thumbnails on a large screen. When each added input his/her face would fill the screen.

Complicated, but for a first-run it went very smoothly.

Two meetings this week, Buildings and Grounds on Wednesday, April 1, and Hiring Committee on Friday, April 3, have been cancelled, according to WCUSD Board chair Bryce Sammel.

“There will be a new Zoom link for the April 6 [Board] meeting which will be included in the [agenda and attachments],” Superintendent Mary Beth Banios said.

“It was a pretty efficient meeting,” Olsen-Farrell wrote. “We did have some members of the public join the meeting virtually, which seemed to go fine.”

“Each [future] meeting will have its own link on the top of the warned agenda,” Olsen-Farrell added. “It is certainly a learning experience but so far we are not having too much trouble instituting virtual meetings.”

“I’ve been using [Teams] the last week in preparation for the meeting,” Ormiston said. “I’ve now used Teams, Zoom and GoToMeeting. I find them all to be pretty similar.”

The Hartland meeting agenda will include a phone number and a link for participating.

Barnard Select Board’s April 1 meeting will be held in person, according to Select Board Assistant Rob Ramrath.

The meeting “will have the members plus me in person at the town hall (of course, no one sick and at a social distance) with the public dialing into a conference call,” Ramrath wrote. Instructions are included in the posted agenda.

A short-term rental regulation hearing on April 21 will also be conducted remotely.

Plymouth is bucking the technology tide – Town Clerk Sandie Small wrote, “There is a [Select Board] meeting scheduled for April 6, which will be held in the usual manner in our Town Hall. Frankly, we rarely have visitors, and since no one is on the Agenda, I doubt there will be [any public] attending.”

“If we were to use some tech in the future,” Small added, “Zoom seems like the likely winner.”