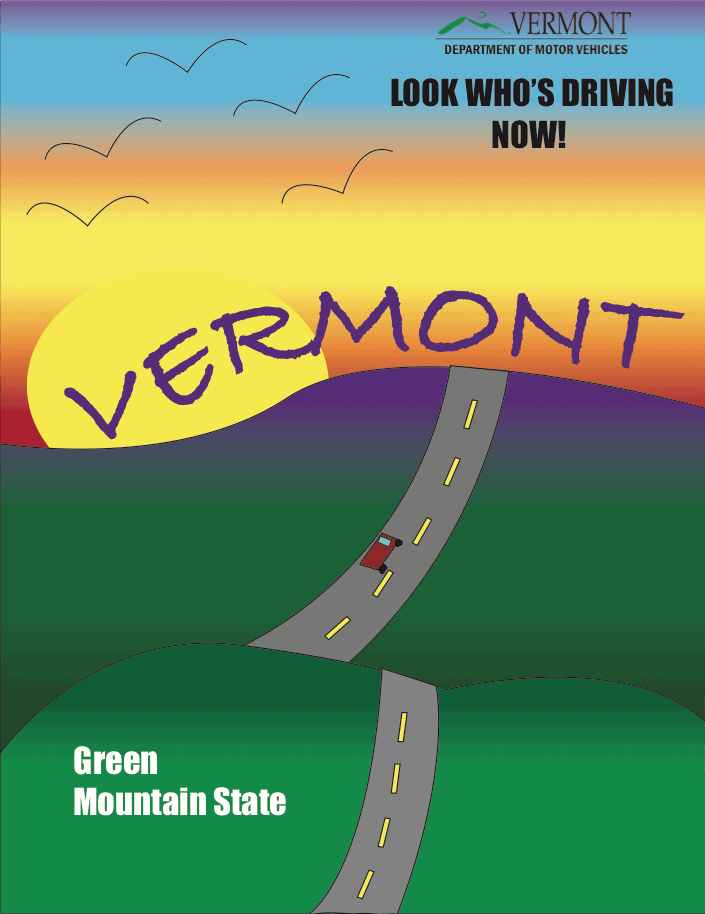 The Vermont Department of Motor Vehicles (DMV) held an awards ceremony at the State House lawn on Tuesday, June 23 at 11 a.m. to honor the winners of a contest to design a photo backdrop where new drivers can pose for a celebratory photo instead of taking a selfie with their driver’s license or permit. The winning designs were unveiled at the ceremony.

“An alarming number of teens take selfies with their new license and then post them on social media. They don’t realize that they are inadvertently sharing their identifying information online,” said DMV Commissioner Wanda Minoli. “This practice exposes them to identity theft. We’re joining other DMVs across the nation in creating a photo area where teens can safely pose for a photo to celebrate the big moment.”

The winning design was created by Cooper Dorsogna, a sophomore at Woodstock Union High School. His design will be reproduced in a large banner format and displayed at all 11 DMV locations throughout Vermont. The second-place winner is Meghan Bailey, a freshman, also from Woodstock Union High School, and in third place is Chase Rawson from River Valley Technical Center in Springfield.

The DMV will award a prize to each winner.

The state of Delaware created the concept of the DMV “Safe Selfie Zone,” with a colorful backdrop and the message, “Look who’s driving now!” By involving young drivers in the design of the new driver photo backdrop, Vermont approached this national trend uniquely, with awareness that teens are more likely to use a backdrop that was designed by one of their own. Vermont’s safe photo backdrop will be referred to simply as “the new driver photo zone,” as local teens have advised the DMV that the photo area is likely to get more use by family members taking photos of new teen drivers than as a backdrop for teens taking selfies.