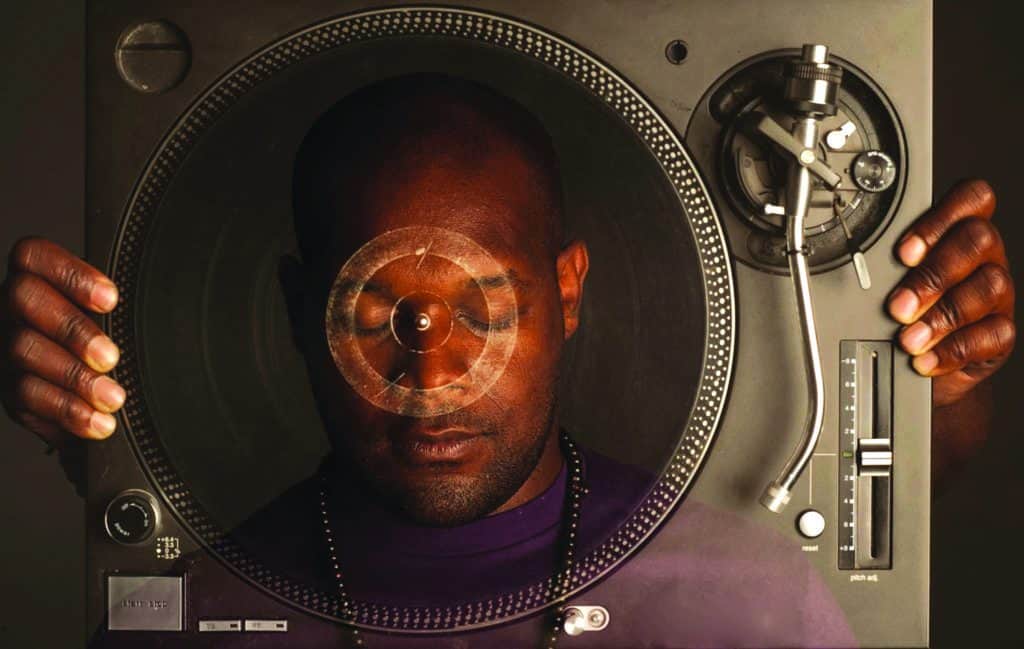 Thanksgiving weekend marks the return of the Killington Cup where some of the fastest women in the world will race down the trail Superstar, but skiing is just one part of it.

The party it becomes is the other and good music is needed for that. This year Recycled Percussion, DJ Logic, Grace Potter and Twiddle are the musical acts. I had the pleasure of talking to DJ Logic, who I’ve seen many times and highly recommend.

DJ Logic is playing Saturday after the first run of Giant Slalom and then later that night at the Wobbly Barn of which he said, “It should be a rage.” He said to expect a great show and added, “It should be a lot of great energy. I’m bringing some great tunes, some good music. It will be some of my stuff as well as some remix stuff. I’m giving the whole World Cup a great soundtrack for a great event.”

DJ Logic said he’s a young age with an old soul. Deejaying was a hobby and a passion of his as a kid. He grew up in the Bronx and started deejaying at 14. He played around his neighborhood and at his community center.

He said, “I loved it. Growing up and listening to hip-hop, I wanted to do something around hip-hop. I made that my passion and followed through with it, practicing and one thing led to another. I had a musician friend who thought it’d be cool to come play with his band. I was open minded and curious to see how that would work. I just fell in love with it, collaborating with musicians.”

He started playing at CBGB’s, The Knitting Factory and the Wetlands. He met a lot of great downtown musicians.

He said, “Wetlands was another home for me and it gave me my break. I started playing with some amazing bands and contributing with some of my skills and production.” He played with Warren Haynes, Jon Fishman and Mike Gordon from Phish. He added, “There was a lot of special moments at Wetlands.” He played there up to 9/11 and it definitely was a great place for him.

From there he formed his band Project Logic and took that on the road. He is one of the first deejays to have a band and one of the first to collaborate with musicians. He said, “I did something very special and it was cool and unique. I incorporated hip-hop into jazz and vice-versa as well as into jam bands. None of that stuff was happening at the time.”

One of those great collaborations is with Medeski, Martin & Woods. He’s made records with them, toured with them and some call him the unofficial fourth member. He also opened up for Dave Matthews and done stuff with John Mayer, Jack Johnson and The Roots. He said, “The list goes on. I’ve worked with a lot of jazz, hip-hop, rock across the board and the whole jam scene as well.”

He grew up listening to Run DMC, Beastie Boys, Tribe Called Quest, Gang Starr and Public Enemy. He added, “It was a lot of great artists.”

Besides hip-hop, he listened to rock like Living Colour, Anthrax and Radiohead.

I’ve seen DJ Logic a bunch of times at the Gathering of The Vibes (GOTV) festival that, sadly is no more.

DJ Logic said, “That’s a great festival, I miss it.”

What I feel sets him apart from other deejays is his collaborations are like no other. He said, “I’ve been very eclectic and open minded, musically. For me there were no boundaries. I just wanted to express myself. It felt good and made sense. Trying these out and just vibing with the audience. I was playing feel good music and it just felt right.”

We talked about Deep Banana Blackout, who are good friends of mine and his. He said, “Those guys are good family. I’ve worked with Fuzz and had a project, ‘Fuzzy Logic.’ I’ve done a lot of stuff with Deep Banana.”

He’s based out of New York City but plays all over. Some of his favorite festivals are Bonnaroo, Newport Jazz Festival, New Orleans Jazz Fest and the GOTV. Another favorite of his is a bucket list item of mine, Red Rocks. He said, “It’s an amazing and magical place. I recommend anybody to go there. The vibe there is unbelievable. It’s intimate too. It’s not your average outdoor venue. It has a special spiritual vibe to it.” He said every venue and arena has been different to him and added, “I’ve been very blessed. I’ve graced the stage doing my thing as well as playing with others.”

He has a couple tours going into the new year and is working on a new record which will be released mid- 2020.

He said, “Follow me on all my socials (Facebook, Twitter, Instagram) to keep up with what I’m doing. It’s always something special. You never know who I’m going to be with and who’s going to be with me.” He feels blessed to be doing this and really enjoys it. He added, “What I love best is being in my element and seeing people smile. Seeing them have a good time and be able to control the crowd. Doing my thing, stepping into my bubble and kind of just shining the light.”