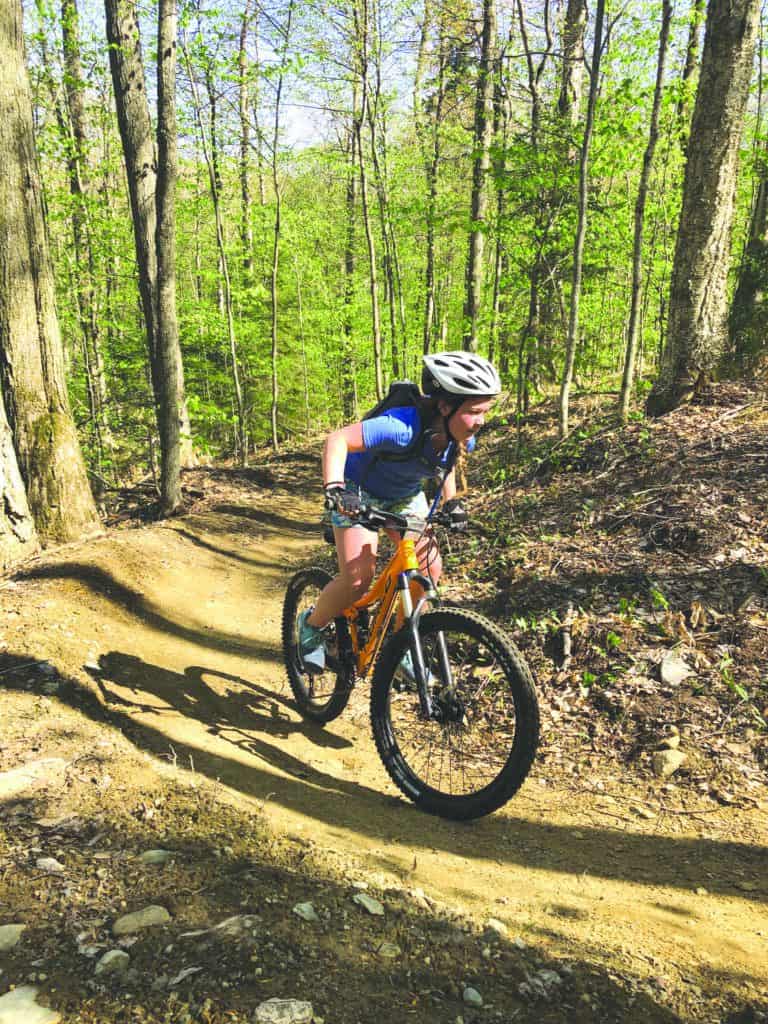 ‘Bikes are the new toilet paper’

As ski trails closed, and Vermonters were asked to stay home to help flatten the curve of infection, people have turned to biking— specifically, mountain biking.

Jean Pierre DeFrancesco-Sias, the general manager of Basin Sports in Killington, estimated sales are up 40% in April and May over last year.

“There’s  nothing to do but ride bikes,” DeFrancesco-Sias said. “People who usually would have been skiing are cycling earlier.”

Both Killington Resort and Okemo closed for the ski season in March. Mike Solimano, the president of Killington, confirmed May 18 that the resort would not reopen for spring skiing, despite a hefty amount of snow on the Superstar trail.

“Our area is made up of athletes and a lot of them choose to ski and skiing can’t happen so they’ve switched to the second best thing for them, which is cycling,” DeFrancesco-Sias said.

DeFrancesco-Sias said trails are busier than ever.

“Our trails here are full,” he said. “I’ve never seen so many people on the trails.”

Gov. Phil Scott issued a “play safe, play smart” order on May 6, relaxing guidelines for those participating in outdoor recreation and allowing outdoor activities with low or no direct physical contact to resume May 7.

Mountain bike trails are only open to Vermonters and to out-of-staters who have quarantined in Vermont  for 14 days. Bikers are asked to practice social distancing and not congregate at trailheads, parking lots and intersections.

The Vermont Mountain Bike Association also issued guidelines asking bikers to ride by themselves or in small groups, to not share bikes or equipment and to ride within their limits to avoid injury.

Doon Hinderyckx, the owner of Green Mountain Bikes in Rochester, said sales at his shop started increasing in late February and early March. “I think this time of year it’s exploding because people are super anxious to get outside,” said Hinderyckx, who is close to doubling his average sales for May.

The down side to the increase in sales is that bike manufacturers haven’t been able to keep up with demand.

Elles said there’s especially been a surge in bikes that cost less than $2,000.

“A lot of the inventory that would normally be available this time a year is a few months behind schedule,” Elles said.

Elles said his shop missed out on spring ski sales, but he’s been selling bikes by curbside pickup and delivery. He said some people who haven’t cycled in years have purchased bikes. He’s hoping the popularity of cycling continues into the summer season as the governor lifts restrictions on other sports.

“There’s definitely a lot of people who’ve been realizing biking is one of the few things you can enjoy safely,” Elles said.

Tony Accurso, owner of Alpine Bike Works in Killington agreed. “It’s been real real busy, it’s hard to keep up with the demand…  but it’s great to get more folks out there riding!”