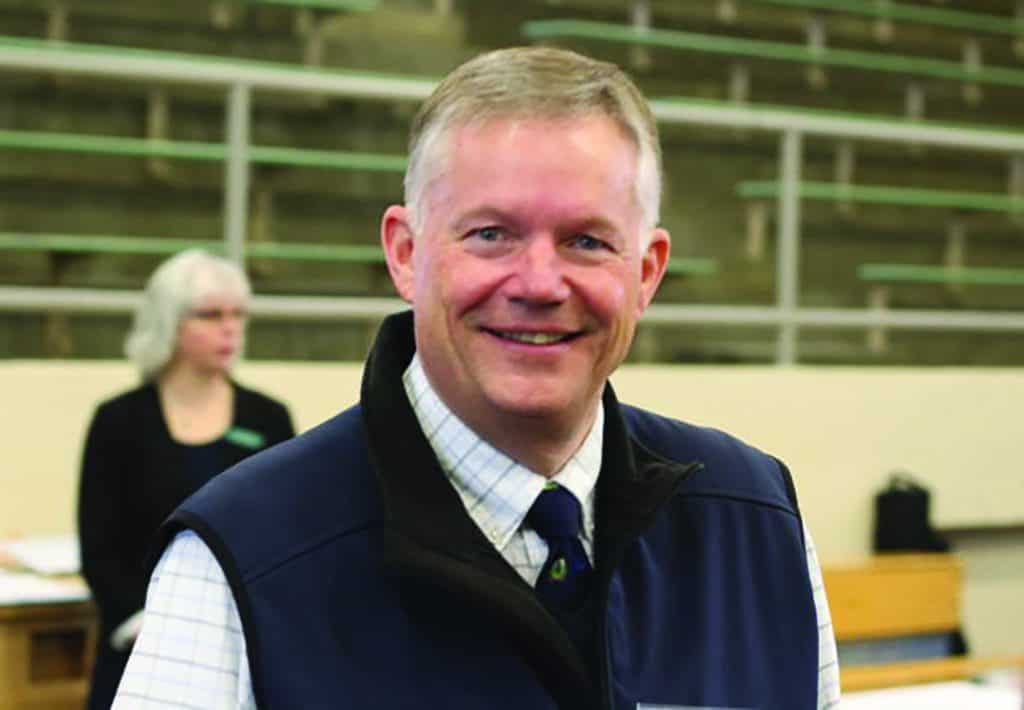 Rutland Mayor David Allaire will step aside from his mayoral duties this week to undergo surgery at Dartmouth-Hitchcock Medical Center. He expects the treatment will resolve his recent struggle with cancer.

In his absence, starting Thursday, July 23 and lasting for at least three weeks, Matthew Whitcomb, the president of the Board of Alderman will assume the post.

At an aldermen’s meeting earlier this month, Allaire announced that he had been diagnosed with esophageal cancer in March. He’s been receiving treatment at Rutland Regional Medical Center since then and, thus far, it hasn’t interfered with his work.

“The treatment has allowed me to continue to work, and I will do that until my next hurdle,” he said.

Allaire will undergo surgery on July 23 at Dartmouth-Hitchcock Medical Center. Doctors have told him the procedure could be “curative.”

Rutland City’s charter states that, when the mayor is absent, the Board of Aldermen president — currently Matthew Whitcomb — temporarily assumes the role.

Main mayoral responsibilities in Rutland include overseeing the city’s departments, maintaining the proper expenditure of funds, and recommending actions to be taken up by the Board of Aldermen, according to the charter.

Whitcomb said some of these duties require skills he has gained at his full-time day job as a senior practice manager at Dartmouth-Hitchcock. There, he leads the department of medicine and oversees 10 different medical sections.

“It’s something that I feel somewhat comfortable with,” he said. “My professional role has me managing multiple departments, multiple personalities. It really, in a lot of ways, isn’t that different from the basic functions of being a successful mayor.”

While Whitcomb, who is serving his second term as an alderman, is entering the temporary stint during a pandemic, along with a period of statewide social and economic unrest, he expects the position will be manageable.

“The reality is, the pandemic eliminated so many of the meetings,” Whitcomb said. “A big aspect of his job is getting out there and connecting to people, being at events. That isn’t what it was six months ago.”

His job allows him to work from Rutland several days a week, and his supervisors are aware of the additional responsibilities he will take on within the city. He said he’ll have the flexibility to take days off should an emergency arise.  And, given the temporary nature of his acting role, he expects departments may hold off on major decisions that require the mayor’s signature.

“I’m definitively wishing Mayor Allaire the best,” he said, “a successful surgery, and a speedy recovery. I’m already looking forward to him returning.”